This campaign has ended, pledges can no longer be made! This page will be kept online for nostalgic purposes!!!

With 247 backers and $5,332 of $4,200 goal…this Kickstarter campaign has been fully funded, bringing this project to life!

Enrica Jang, Alex Cormack, and Mark Mullaney are back with their series titled, “Crossing,” published by Red Stylo Media.  Their current Kickstarter campaign is for the digital and print releases of “Crossing #2 and #3,” along with some other rewards. To start  here’s the official campaign video:

“A rookie train conductor is haunted by the ghost of an annoying goth princess who threw herself in front of his commuter train. She swears her death was a murder made to look like a suicide and she won’t “cross over” and leave him alone until he helps solve her case.”

A significant way to draw in readers is to introduce the characters and/or give brief descriptions about them.  Taken from the Kickstarter page, here are the main players of “Crossing:”

Here’s additional information for Issues #2 and #3 taken from the Kickstarter page:

“This is a campaign to fund TWO new issues in this series. CROSSING will be a six-issue mini-series, and we’re here on Kickstarter to print and distribute Issues #2 and #3. Each comic is 24 story pages, full color, to be published digitally and in print. Production is nearly complete and it’s almost time to hit print!”

“Despite some pretty mature, heavy-hitting themes (crime, suicide, railroad safety) the series is a comedy about two people who wouldn’t like each other under normal circumstances–much less paranormal–but have to find a way to work together if they ever want to be free of each other. Both issues are now 100% complete, and a print run of 500 copies each is guaranteed when we hit 100% funding. Script for the entire series is complete and we’ll be rolling straight into Issues #4 – 6 after we’re funded. This series is happening, people, but we need you to help us get to the other side!”

Here are some preview pages from “Crossing #2:” 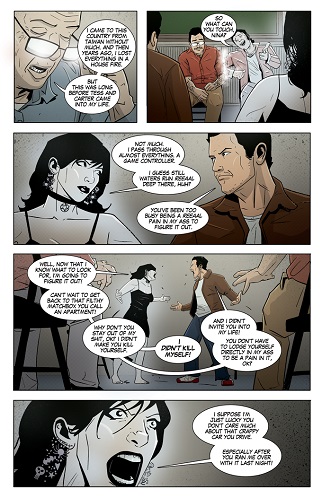 …and here is the cover for “Crossing #3” and some preview pages that are in the works: 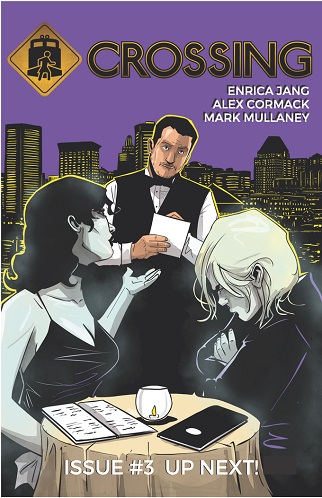 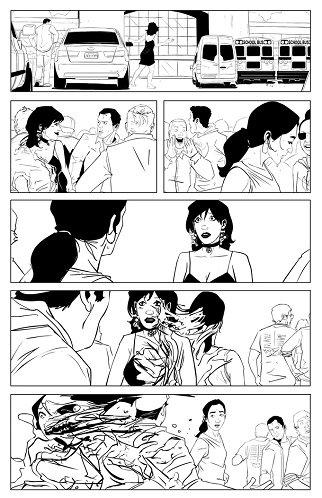 Here are the bios of the creative team of “Crossing:” 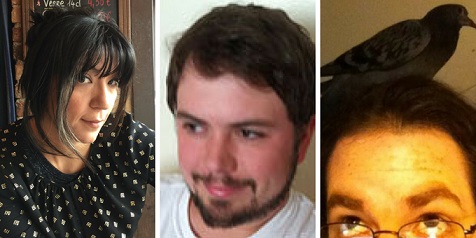 Enrica Jang (writer) is the writer and creator of AZTECA, Angel With a Bullet, The House of Montresor, and editor of the annual Red Stylo Presents series of anthologies. Her screenplay The Freshmen was made into a short film, Frienemies, winner of a CINE Golden Eagle in 2011.

Alex Cormack (artist) is an illustrator living in Tyngsboro MA with his wife, Ashley, and three cats Danger, Destruction, and Disaster. He was an independent animator before diving into comics. He has worked with many publishers such as ComixTribe, Bliss on Tap, Red Stylo Media as well as numerous freelance writers, and has been published by Image comics and IDW.

Mark Mullaney (logo, color, letters) is an Emmy-nominated animator and artist from Boston, Massachusetts. See more of his work at landofthedisinterested.tumblr.com