Browsing through Comixology’s “New Indie Releases,” I discovered a book titled “Comatose7 #8,” released yesterday, and looking at the cover, plot synopsis, and three-page preview, this series looked interesting.  But in order to read this series, I had to go back to the beginning, and at $0.99 an issue, I decided to buy all eight issues.  Not a bad price, and with each issue averaging 23-33 pages, will readers get their money’s worth?  Read on to find out… 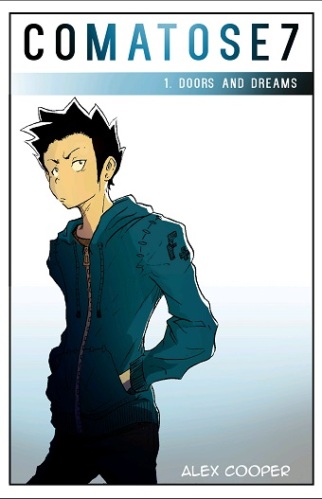 First, here’s the plot synopsis for the premiere issue:

Alex Cooper falls into the dream world of Comatose, a world that is part dream, part game; full of action, adventure, and blood thirsty monsters. With the help of his friend Kevin he begins to make his escape from this world, but they soon discover that there is more to this world than meets the eye. Follow Kevin and Alex and their adventures in Comatose.“ 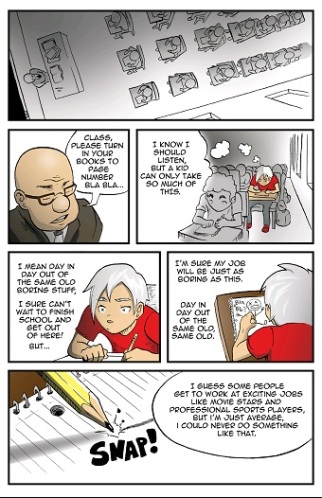 The story begins with a prologue, where a kid is in his classroom, and the sounds of his teacher’s voice seems muffled, as his lecture is the same old, same old boring material.  During this time, the kid focuses on his thoughts on life, present and future.  The kid briefly contemplates about his dad, and about his parents splitting up over something petty.  The bottom line is this…his life is boring.  End prologue. 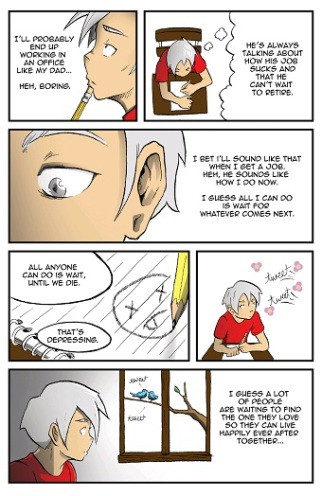 The story continues with another kid, and he’s in a white space with nothing around him.  His shouts of “HELLO?” begin to echo throughout the empty white space.  Out of nowhere, a brown wooden door appears, and at the top it says “Comatose” “Log In” “1.”  The kid wonders what all of this means, so he tries to open the door, but it’s locked.  Figures, right?  As the kid walks away, something happens, and he finds himself…somewhere else. 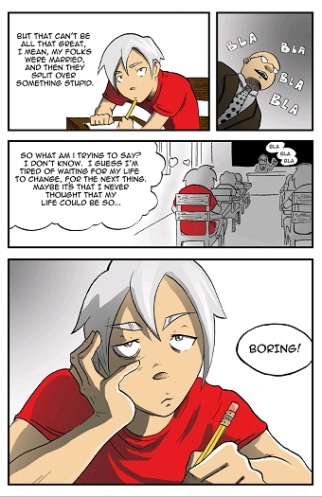 This is where the action kicks off in this story, and readers will experience conflict, humor, and suspense.  This is the point in the story where readers will get a feel for things to come in this series, and it’s a fun ride.  Things are starting to progress and questions may be asked, but I’m sure the answers will be revealed in upcoming installments of this series. 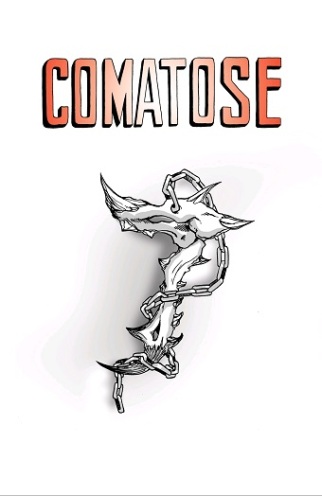 In the final act, elements of the story piece themselves together nicely, and readers will see that the kid in the main story is Alex Cooper, and he has a sister named Alice.  Yes, Alice Cooper (like the legendary musician icon), and their teacher’s name is Mr. Foster.  In the final scene, something major happens to the siblings, and this is where the story ends.  This cliffhanger is jaw-dropping, and it will definitely make you want to come back to see what happens next. 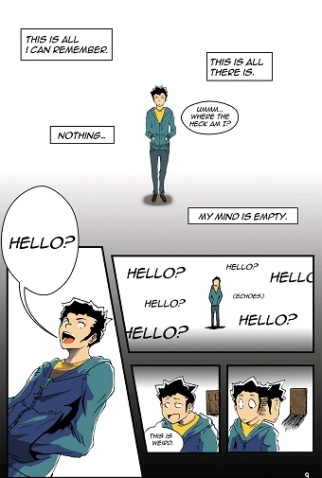 Overall, “Comatose7 #1” is a fun, entertaining book to visualize and read.  The story and artwork by Ryan Alan Collinson is similar to the manga-style, and it’s reminiscent to the manga/anime “Sword Art Online” sans the virtual reality aspect and the characters aren’t trapped in the game.  However, what drew me in to this premiere issue was the originality, the beginning of the character development, the artwork, the mix of action, humor, and emotions, and the cliffhanger at the end.  I say this time after time, first issues are challenging, because the writer has to tell a great story, give the audience character development, set the plot, and draw the readers in so they’ll return to see what happens next. 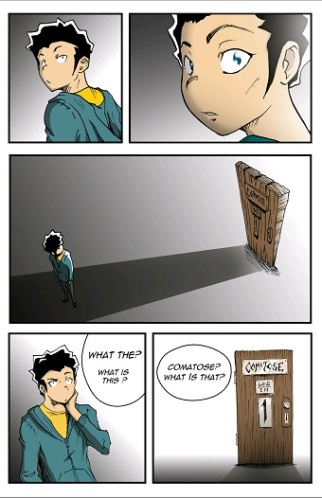 The artwork, colors, and lettering has to be on par with the story, and it all has to come together to create a memorable series.  Collinson accomplished this, and I highly recommend this issue for fans of MMORPG’s, independent comic books, and something original.  I rate “Comatose7 #1” 4.7 Geek-Heads out of 5, a very nice start to a series that originated as a webcomic and is now being offered as single digital issues on Comixology.  It can be viewed and purchased by clicking HERE.

© 2017 Shroud Media | Different is the New Normal, All Rights Reserved.