Raymond Leonard’s “Agent Solo” was a one-shot comic book that was offered through Kickstarter, during the last quarter of 2016.  The promo video below showcases what readers can expect from this new independent series from Diverse Comics.

When I first heard about Agent Solo, I didn’t know what to expect.  I caught a glimpse of Raymond Leonard’s artwork for this project, and it looked amazing.  As the weeks passed, more and more artwork was being unveiled, then the date was set for the Kickstarter launch.  Aside from the artwork, what drew me to this project was the main character and the importance of diversity in comics.  Sure, there are various characters of different backgrounds, religions, race, cultures, and communities, but Agent Solo has potential of becoming a noteworthy character in the independent comic book scene. 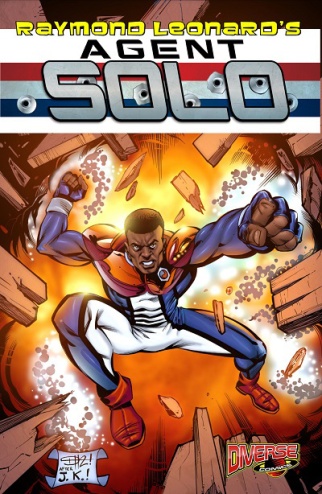 Setting the artwork aside, how does the story, “If I Had a Hammer,” compare?  This premiere, one-shot story is written by Darrell Goza, and lettered by Michael McClain.  The setting begins in the south side of Chicago, at a construction site, and readers will see the corruption of Chicago politics.  Shortly after, readers will get a glimpse of the antagonist of this story, Sledge Hammer, and what he’s capable of doing.  Miles away, in DC, Agent Phil Paige fills Agent Solo in on the destruction at the construction site, and sets him up for this mission. 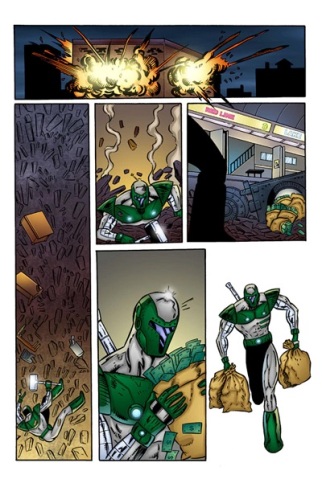 Following this, readers are introduced to another character of importance, Lexington Hightower, his background, family life, and current situation.  Then there’s his friend, Jackson Winthrop Winsor, Hightower’s business partner.  This is when the story takes off, the corruption, the tragedies, the coming of a villain, and of course, the fights between Agent Solo and Sledge Hammer.  This story is presented well, I dare not spoil it for anyone who’s interested in reading this book.  What’s fascinating about this book is that there’s a lot of story to read, and that makes for extensive entertainment. 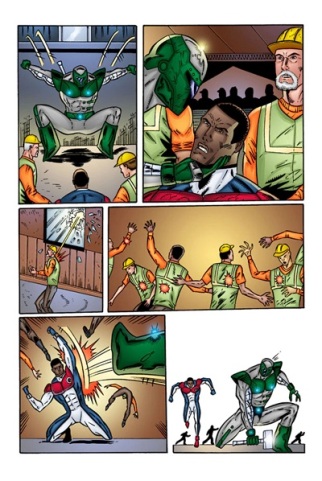 The inks and coloring by Ernest Jocson compliment this book’s interiors.  From the brightness of the daytime scenes, to the darks used for the night scenes, the coloring sets the mood for every significant moment throughout this book.  But the defining moment is when the story ends…the dedication page Raymond Leonard made for his [late] brother, Alfred Darwin Erskine Leonard.  The words Raymond shared with us.  The love that the Brothers Leonard had.  The support Alfred showed Raymond.  It literally brought tears to my eyes.  This is the kind of man Raymond Leonard is. This is the kind of dedication Raymond puts into his artwork…and it shows. 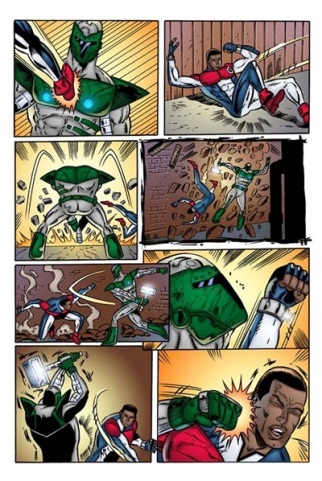 Overall, I had no idea what to expect from Agent Solo, other than striking artwork.  After reading the story, I was mind-blown, page after page, the story doesn’t slow down or lose the attention of the audience.  The story, artwork, inks, colors, and lettering are presented well within this book, making this Anything Geek Culture’s first “Hidden Gem.”  This book should be in every comic book collector’s collection or mobile device for the digital copy.  A masterpiece.  Kudos to the hard work the creative team put into this book.  With a high recommendation, I give Agent Solo: One-Shot (If I Had a Hammer) #1, 5 out of 5 Geek-Heads!